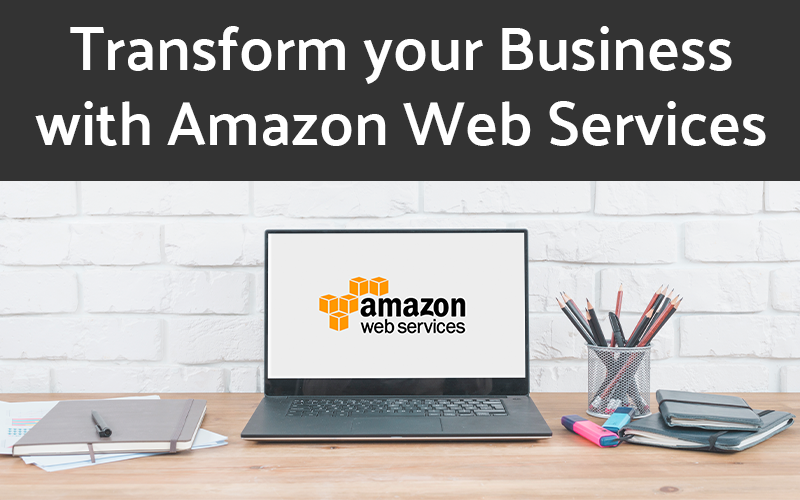 The current digital era is now slowly moving towards cloud deployment for either developing new applications or moving existing software systems. If you are one of those enterprises that is looking for making cloud services as an addition, Amazon Web Services (AWS) should be one of your priorities. AWS is a well-known platform that provides more than 50 cloud infrastructure services to help in developing, launching, and scaling a business. It can be considered as a bank for any service potentially required by a business for deploying cloud applications like Artificial Intelligence, Machine Learning, data storage and computing, and IoT.

The AWS infrastructure consists of over 61 Availability Zones globally as the data centres. This is perhaps the most significant reason for its impact on the quality of services delivered by ensuring high-level backup reliability. In simple terms, it helps businesses in providing plenty of backup machines, if there is any issue in the server. AWS can seamlessly connect with the server from one of these zones that reduces the deploying time, improves fault-tolerance and increases app performance.

It also provides complete protection against corruption, theft, loss, and infiltration of cloud assets with its role-based access, user authentication, and traffic monitoring. AWS is a cloud solutions company that has different services for an existing or a newly launched business like AWS Activate and AWS Promotional Credit to get the required resources and connecting with the network of other developers.

AWS microservices architecture for deploying cloud applications is one of the most sought after. Amazon Elastic Container Service (ECS) helps you define load balancing and configuring scaled applications. ECS for Kubernetes (EKS) is an alternative that you can choose if the app deployment structure requires Kubernetes as an engine. Similarly, AWS Lambda is for the businesses which don’t need their apps running all the time, and only need on-demand. It’s a set of serverless functions that are attached to HTTP/HTTPS and creates an API for business requirements.

Benefits of Choosing AWS for your Business

An analysis done by Canalys in 2018 indicates that the market share of AWS constitutes 31.7%, making it one of the most popular cloud frameworks. In 2019, AWS also declared the general availability of Amazon Elastic Compute Cloud (EC2) G4 Instances that enables acceleration of ML inference and graphics-intensive workload. It also has almost 25 manufacturing services and products including IoT Greengrass, IoT Sitewise, API Gateway, Data Migration Service, among many others.

AWS has made starting a new business or growing an existing one, less daunting with its cloud services. WeCode is one of the cloud services providers in Japan that harnesses the maximum potential of AWS and can transform your business functions efficiently and at lesser costs.